Tibetan bell composed of an alloy of seven metals coming from Tibet to achieve optimal physical and mental balance.

The Tibetan bell is an ancient musical instrument originating in pre-Buddhist shamanistic culture bon bit that prevailed in the ancient Himalayan Tibet.Successivamente has spread throughout Asia although the most sought after for their quality and manufacturing remains that Tibet.
Unlike the classical bells that we all know, the Tibetan bell is not hanging upside down with the clapper inside, but is a bell static to hold in hand or on the ground with the hollow part facing upwards.
The composition is perhaps the part that makes the original Tibetan bells very expensive and hard to find: they are made of a special alloy of seven metals, each tied to a planet in our solar system:
Gold = Sun
Silver = Moon
Mercury = Mercury
Copper = Venus
Iron = Mars
Tin = Jupiter
Lead = Saturn
The emitted sound changes depending on the different characteristics of the bell as the proportion with which the various metal components are present, the thickness and shape of the bell itself.
Even today, singing bowls are used in traditional ceremonies and Lamaist monasteries for meditation due to their ability to correctly reproduce the sound of OM.
The usage is simple to explain, but it requires a little 'practice to be able to play them well, so not dismayed if you can not immediately.
The bowl must be challenged in the left hand and hold it in contact with all five fingertips; in this way you will allow the bell maximum physical vibration and from the point of view of Zen Yin is the feminine energy (bell) supported by five "Buddhahood," manifestations of the Buddha; the seven metals instead represent the planets and then the sky (yang).
From this position challenged the right hand stick, supplied with the bell and begin to slide it to the edge of the bell after a few turns (not immediately) and trying with more or less pressure (started just by touching and then increased) feel the your bell ringing.
Now that you have managed to make it sound more or less well, try to take it at heart level (more precisely to the heart chakra) and continue with the movement by rotating the stick clockwise and the right hand of the very special feelings may wrap yourself in what you are putting in relation the sound energy of the bell with that of the heart.
Let us always remember that each bell has its own sound and is in any case different from the others.
Also called singing bowl (bowls singers) will be a valuable support for all your practical need of relaxation and meditation (or prayer) as the basic activities.
The structural properties of the real Tibetan bells sounds allow them to be in harmony with the vibrations of the various planets and send it to the person who plays or listens to them.
Scientifically speaking you could explain this phenomenon as a "phase coincidence" the one that allows two waves come together and vibrate in the same way: the same occurs with the pendulums that if placed side by side will tend to oscillate after a while 'at the same pace.
Some research has shown that when they are playing, singing bowls emit alpha waves, brain waves special, regular and synchronized, characterized by frequencies between 8 and 12 Hearz: these waves are detectable during wakefulness with eyes closed or in the moments just before to fall asleep.
Views and given the characteristics of Tibetan bells they are also used in all those moments when we need relaxation as in meditation or when we focus on your breathing or on ourselves (introspection).
They can be a great accompaniment for yoga, pilates, postural trainer or in any of the activities in which it is essential to feel your body and posture while remaining focused on themselves.
Very interesting is the work on the seven chakras, given the clear reference to the seven planets of the solar system and the seven metals that make up the Tibetan bell: the advice is to use a larger bell (also from 1500 grams) for the lower chakras, while a smaller (around 300-320 grams) to the higher chakras; in this way the lower frequency of the first potent and more easily enter into resonance with the first, while the second one with the higher ones (in particular with the sixth).
Finally, we suggest the sound of Tibetan bells to accompany a nice massage all over the body, even better when paired with manual processing or reflection of energy centers (chakras) and energy meridians.

14 other products in the same category: 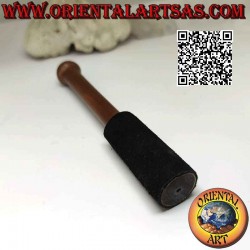 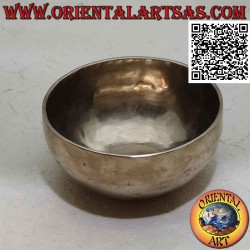 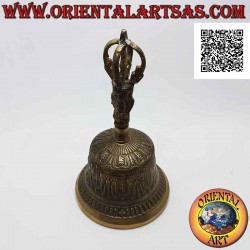 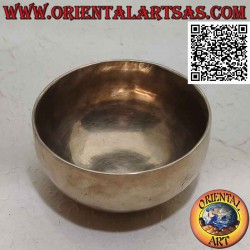 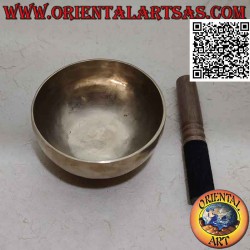 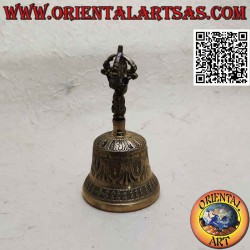 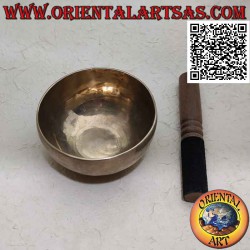 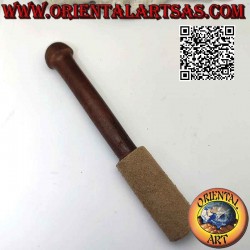 Tibetan bell made by hand... 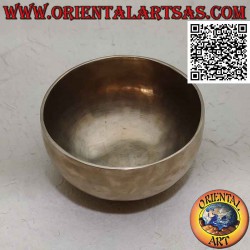