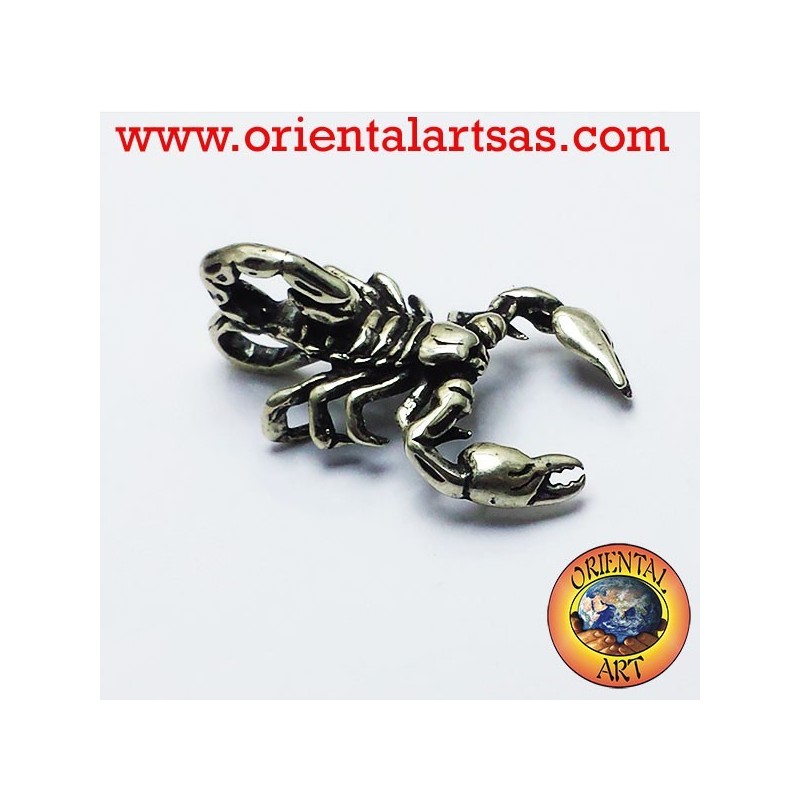 "In the night version embodies the spirit belligerent mood ready to kill evil with its sting those who dare to touch it, in the daytime version is a symbol of self-denial and sacrifice of the mother as her children, according to legend, the hips and dig eat the entrails before he was born. "

The scorpion, which appeared about 350 million years ago, seems to defy the laws of evolution since its shape has not undergone any change as though his body were already beginning, perfect for your lifestyle.
If for modern zoologists is a fascinating enigma, even the imagination of our ancestors was struck by the look and the way of life of this animal which, without being neither insect nor reptile, however, is characterized by both natures. And 'insect for the armor that covers it but reptile life that leads underground.
Animals can give death through his poison violent and painful, which emits from the sting on the end of the tail, it looks not at all pleasant which makes it look like a black monster, cruel and blind but also has the strange ability as the sexual dance that runs to captivate your partner.
In Egypt, the scorpion was honored as a god in the guise of the female goddess Selkhet, benevolent deity, protector of the depths of the earth, which gave healing powers to his followers.
The priests of Selkhet were skilled charmers scorpions and thanks to those spells were able to get them out of their holes without running the risk of being bitten, and even today, in the East, there are people who are able to withstand the constant contact with these scary creatures.
If the Mayans at the scorpion was worshiped as god of the hunt and a symbol of penance, in ancient Greece, we find it rather as an instrument of revenge used by Artemis. In fact, the legend tells that the goddess huntress and protector of wildlife, was offended by Orion who wanted to destroy all the animals of creation. She sent a punishment like that big scorpion stung Orion to death at the heel. Artemis, grateful, turned the scorpion in a constellation Orion and also because he had suffered the same fate, and ever since then the constellation of Orion is forced to escape to that of Scorpio.
In the Old and New Testaments, the scorpion portrays the enemy, the devil; in the book of Ezekiel are indicated with the name of this animal those who are enemies of the Prophet and the divine word. It was so consequential that since its inception the scorpion to adopt Christianity as a symbol of heresy and specious dialectic of reason "dangerous" which discusses the dogma calling into question the arguments of faith with the risk of undermining the word of the Church Fathers .
The scorpion, it is said, as well as the reason, advances in caressingly to strike suddenly injecting the liquid fatal. It embodies, for this reason, even the lure dangerous and diabolical argue, so that in the Middle Ages the symbols showing the scorpion out of the mouth while dell'esorcizzato or enters the ear of the sinner to make him into temptation.
In the tarot the scorpion corresponds to the sixteenth tablet, one of the tower burned out or home-God. The fire in the sky, in the form of a comet or lightning strikes the tower, which even staggering is not destroyed.
From the point of view of the astrological sign of Scorpio indicates the eighth (October 21-November 21) and the eighth house, that of death and transmutation; is in fact the number eight, infinity symbol, which is represented by the double spiral that rises vertically.
The sign of Scorpio corresponds to Pluto, dark and mysterious planet, star of magicians and alchemists, hunters and dragons, lord of the monsters that subject.
The scorpion is intended as a node of life and death, which in the course of the retreat is fertile autumn, after the death of summer, begins the long gestation period winter.
Similarly on the human body corresponds to the genitals, such as a tool for the survival of the human race, a source of pleasure and love.
But if it is a symbol of life and regeneration of physical life, it is also a symbol of death that put an end to the existence mundane gives you access to the afterlife.
It is not just a popular belief believe that the scorpion, if it fails in the purpose that it was intended or if it is surrounded by the fire, take a death pricking alone.
Symbolic interpretation of depth psychology the scorpion as snake and any other reptile, is a symbol that invokes images of special forces primitive, ancestral, as this animal are in the world since time immemorial.
The scorpion is also a symbol of the individual who manages to be truly himself only when he is between obstacles, when it is possessed by a demon within, when he does not want their own well-being but it tends to calm the anguish of life, torn between the lure of God, and the temptation of the devil. This volcanic nature of the scorpion portrays, outlines "the image of a man like a bird that opens its wings only in the middle of the storms because its nature tends to thunderstorms and his place is the tragedy." Symbol of destruction and creation, death and rebirth, the scorpion is the eternal dialectic that has always, unlike the animal that symbolizes, changes the world continuously.
Symbol medieval heresy (modernly we could say the "contestation") is the ability to operate until the end, bringing the dispute to the symbolic revolution, violent and cruel as it may seem, it is absolutely necessary as it brings with it the potential to renew, through the symbolic death, the thought of which humanity has always feeds.

Our products meet the European norm "EN1811-2011
Thresholds nickel and field application
The reference standard at European level on the use of nickel is the European Regulation 1907/2006 - REACH, which states that the correct values of nickel release are:
- Within the limit of 0.5 micrograms / cm 2 / week - for products in contact with the skin with prolonged use

19 other products in the same category: 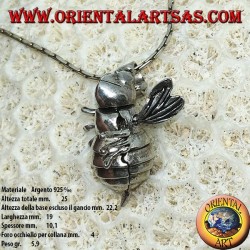 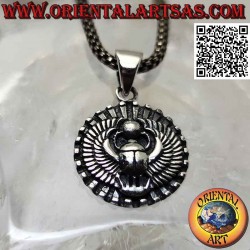 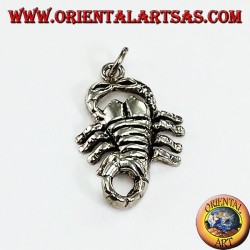 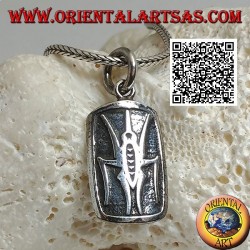 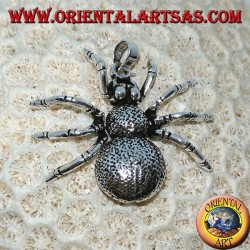 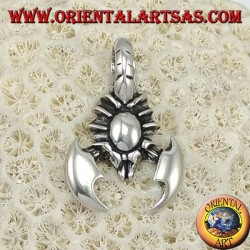 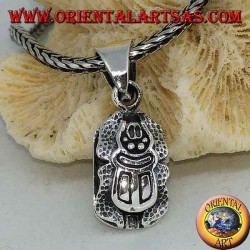 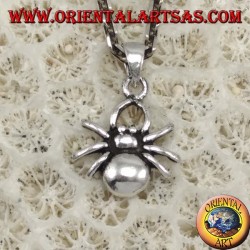 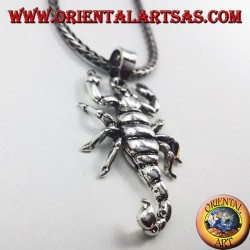 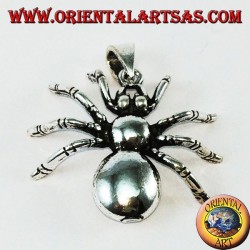 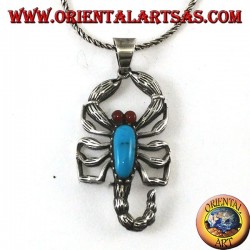 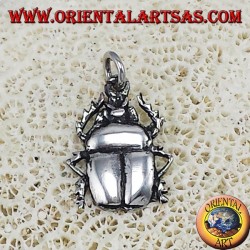 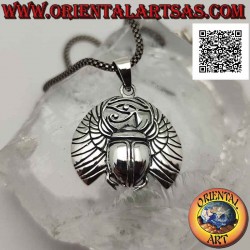 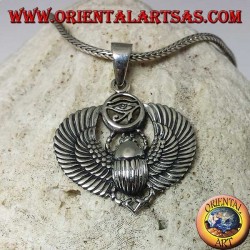 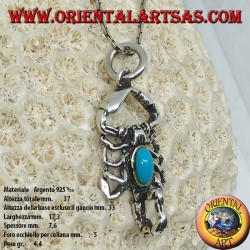 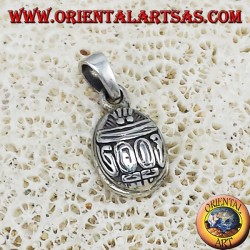 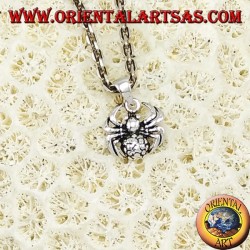 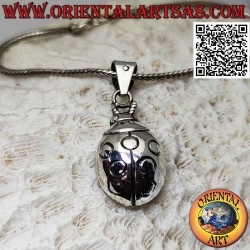